With the rise in the usage of smartphones and tablets in our daily, innovators are looking for further integration of digital systems in our routine. The smartwatches are the fruit of such efforts and it has been widely accepted by the community in no time. Not only do they look cool and trendy but they also give us many relevant health data while working out or on the go. And after years of battle for supremacy in flagship smartphone market, US giant Apple Inc and South Korean tech giant Samsung once again locked horns for dominance in smartwatch sector.

Though a healthy competition promotes innovation, this battle has once again put us in the same dilemma we face when choosing between the new iPhone and the flagship Galaxy smartphone. So, which one you should buy? Let’s find out and also, while you are at it you may want to check out paytm mall offers for some insane discounts on these and related devices.

For your convenience, we have compared how the smartphone fare against the other in different feature categories. And if you manage to read through the article, we believe you will be able to make a positive choice about which device will match your requirements the best. 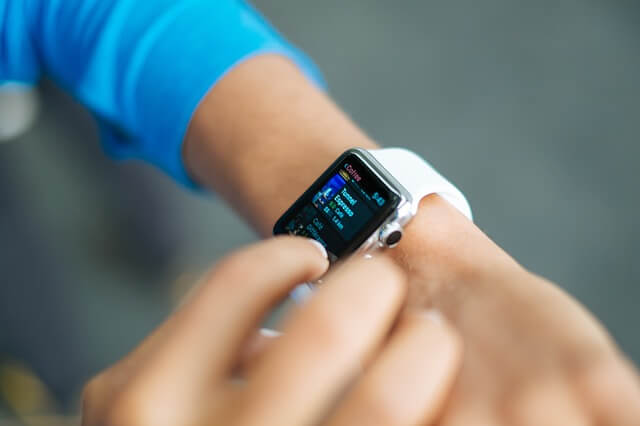 For most of us, the first impression is a big deal and the Apple watch 3 not really cut out for this. The Apple watch has a square design with a curved finish which can be less attractive to a number of people. The Samsung wear S3 frontier though have a more traditional rounded look and it feels a lot like a premium watch.

The wear S3 frontier has a built-in shock resistance technology which is great for robust outdoor experience but to achieve that security Samsung had to sacrifice with the overall weight of the unit and they did. The wear S3 is way heavier than the apple watch 3 and also the large rounded design is more suitable for people with a larger wrist size.

Both the watches feature stunning displays with enough brightness for all outdoor activities. The wear S3 comes with an option to keep the screen always on to make it feel like a real watch and they offer several customizable watch faces for this purpose. However, keeping the screen always on drains your battery way faster and that is not a viable option if you are not willing to charge your watch every 12 hrs. The other way around it to set the watch to turn on when you raise your waist. Both the phones feature this option and while the Samsung wear S3 frontier is prompt to respond every time accurately, the Apple watch sometimes tend to turn on even for a slight movement of your arms and this leads to a greater consumption of the battery.

Both the watches sport 2 physical buttons serving their respective functions such as acting as a back button or a power button. The best thing about the Samsung wear S3 frontier is that you can rotate the bezel to choose apps and this feels really cool and adds a positive point to ease of use.

The connectivity has always been in the focus of development of smartwatches and with there new flagships both Apple and Samsung have finally managed to make these watches more connected and a little more independent from there predecessors.

Both the watches now feature a 4g LTE connectivity which lets you take calls. send SMS, receive and reply to emails and even download apps while on the go and far from your phone. But don’t think it means that you can go along without buying a smartphone as this not true. The standalone features are still really limited in case of both watches and to get most of the things done, you need your smartphone nearby.

Performance as fitness monitor and sensors

One of the biggest reason for buying a smartwatch is its ability to track and monitor your health and workouts. Both these smartwatches deliver splendidly in this category.

One of the biggest flaws of the wear S3 is that it lets you start your walk or hike way before establishing a solid GPS connection. That can lead to a big error in your exercise stats and can be frustrating to some users. We did not notice any such issues with the Apple watch 3.

The Apple watch also has a better waterproofing which lets you go for a swim and can count your burned calories while you’re at it. The Samsung wear S3 also have a waterproof coating but it is not particularly suitable for swimming and related activities.

The Apple watch also provides several tailor-made apps for workout and health but with the wear S3, you are pretty much stuck with the built-in app and its limited capabilities.

Both the Apple watch 3 and the Samsung wear S3 frontier are excellent devices with tons of features. But as nothing is perfect these two have their respective flaws and before you choose to buy any of them be sure to find out if any of these are a deal breaker for you. From a software perspective, you can expect better-operating systems in these devices in near future as both Google and Apple are both putting a lot of focus in the wear OS. Choose the Apple watch if you are looking for better fitness tracking performance with a number of apps at your disposal and go for the Samsung wear S3 frontier if you are looking for a more classy look and a slightly cheaper pricing with most of the features of the Apple watch 3.

Space-saving Must Haves For Your Purse

What is a Gantt Chart for Project Management?