The internet is a relatively new invention. With it, technology has exploded and will continue to be the future as long the world has electricity to power it. The internet can’t be attributed to a single inventor. It actually evolved over time through the discoveries of several different people.

So while there isn’t a single inventor, the internet was technically started in the United States as a weapon of war. It was created more than 50 years ago during the Cold War, and while it was mainly used for military personnel and scientists to communicate over distances, we now use the internet for virtually everything.

The Introduction of the World Wide Web

During the year 1991, a Swiss computer programmer by the name of Tim Berners-Lee introduced everyone to the World Wide Web. It was an invention not just used to send files from one place to the next, but it was a literal web of information made available to the public. Well, to those who had computers, anyway.

This is the internet we know today but it has obviously changed a lot. Now the internet is a hub for international trade and because of this, online marketing is the largest mechanism used today to sell a product. 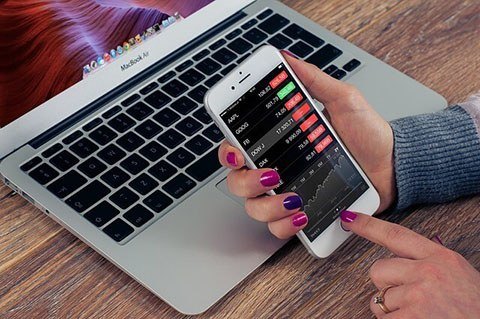 In 1992, a group a students from the University of Illinois developed an internet browser now known as Netscape that made it possible for even the most intellectually challenged of people to search the web. It included pictures, words, scroll bars and links that you could click on, and this essentially opened the floodgates for e-commerce to take over the world.

The Rise of E-Commerce

Apparently shopping malls around the world are being put to death due to the rise in popularity of e-commerce over recent years. Because everybody can buy online and virtually search for cheaper pricing for the products they want, as well as have the convenience to shop from their couches, people have lost the desire to go out into the world and run around a crowded shopping mall.

Only about 80% of the country’s shopping malls are considered to be doing well and out of approximately 1,200 malls in America, about 15% are anywhere between 30-50% vacant.

The lack of activity at shopping malls can be correlated to the fact that everyone has taken to the internet to achieve their shopping. And why not? There are a lot of things you need to purchase that don’t require you to try them on. If something doesn’t work, you can always send it back.

The internet is full of options and competitive pricing. In addition to this, there are no crowds, you get to make your purchases in secret, and you can easily click a button and have the world presented right before you in a beautiful smorgasbord. There is no going back. It wouldn’t be a surprise if malls one day all but die out.

5 Apps That Will Help You Maintain Your Home Life

Easy Ways to Use Technology to Improve Your Quality of Life

Marketing, Branding, and Promotions: The Big Three of Your Next Business Idea